PGH Taco Fest Receives Proclamation by the City of Pittsburgh 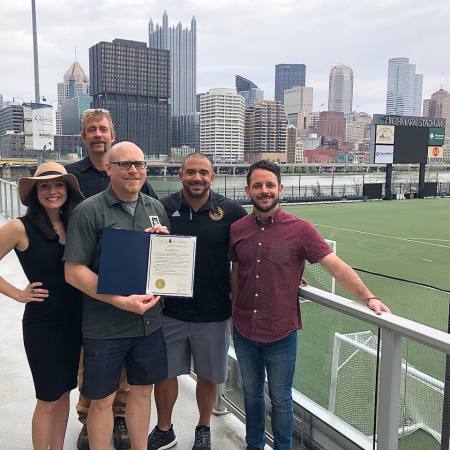 Pittsburgh Taco Festival was awarded a proclamation by Mayor Bill Peduto and the City of Pittsburgh! May 19th is now officially "PGH Taco Fest Day" in the Burgh.

As a sustainable event producer, I was thrilled to learn that the Pittsburgh Taco Fest wanted to be as green as possible. We brought together local partners including ZeroFossil to provide solar energy to power the event, and Green Gears to assist with recycling and composting event waste. We also have a partnership with 412 Food Rescue so the food that was not sold will be donated back to the community. Our hopes is the produce the most sustainable taco fest in the country!

The event is family friendly and kids 5 and under will be admitted for free. We will have a children's area with bouncy houses and face painting. In partnership with the Latin American Cultural Union, we will also have live entertainment during both sessions with Gavas Beat. VIP tickets are sold out, but general admission tickets are still available.

We hope that you will join us at #PghTacoFest on 5/19 at Highmark Stadium! Learn more about the 25+ local vendors and purchase tickets at PghTacoFest.com.